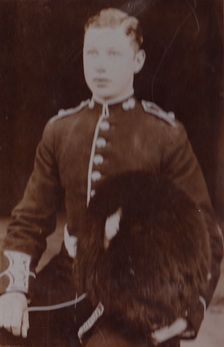 It was only last night 28th october 2014 that I reminded myself that I held in my possession a typed up copy of TA’s letter written home to his mother and father. I found it within the pages of ‘World War One’ by David Shermer, a Christmas gift given to me by my grandmother in the early 1970’s.

I was slightly disappointed that I had not considered looking in the book before now as the first entry is dated October 22nd…herewith the typed letter is reproduced in full (see section below this introductory text).


TA was born in Nottingham and to secure his education certificate he enlisted with the British army on 18th April 1913. One interesting piece of information (given he like many was born in to impoverishment) was that TA had good reading and arithmetic capabilities.

In 1914 (upon the declaration of war) out of duty a large number of aristocratic sons left their respective family estates and enlisted. TA found himself teaching some officers to read and write. For perhaps a handful of officers’ basic reading and writing may have sufficed, perhaps anticipating that they would have inherited the family estate…things would be a continuum of the past. TA would stress a lack of ability to read and write was not a common thing amid the officer class he encountered (I do wonder if what TA said to our family is recorded within the histories of the period…I think his account is possible), what we are aware of is that TA thought the officers (meaning those at the sharp end) were brave chaps…he was all too aware many lead from the front, armed only courage and a pistol…a Webley, a Colt or a Smith and Wesson. Casualties among the officers (before we even get to the men) in the 1st battalion during the first Battle of Ypres was atrocious.

On Friday 26th June the First Battalion had trooped the colour before the King, George V (This would be the last until 1919). Through August and September 1914 TA was stationed in Warley barracks near Brentwood, Essex. The 1st (under the divisional command of Major General T Capper, 20th Brigade 7th Division) were sent to Lyndhurst near Southampton. On the 4th October the soldiers embarked the SS Armenian (a second ship was also commissioned) and set sail for Zeebrugge on 5th, reaching port on the 7th.

Under direct orders of Sir Henry Rawlinson the 1st were sent directly to Bruges, billeting in the suburb of St. Andre.

October & November 1914…the letter is headed To Mother & Father.

By the 27th October The 1st Battalion Grenadiers moved to a bivouac in Sanctuary wood (near Ypres & just south of the Menin Road). The Germans renewed an attack and the Gheluvelt lines were broken. Although the line fell back the troops rallied and they regained some ground. The 1st had lost 9 officers and 301 men. It had been written that, ‘as the Grenadiers marched off, some ten days before they had passed through Gheluvelt and had been greeted by the inhabitants; now it was a deserted ruin, most of the houses and church had been demolished’. At 5.15am on the 29th on a densely foggy morning allied guns heavily shelled the 1st whilst the Germans advanced. The 1st doggedly held on to their support trench until such a time they were forced back and nearly decimated by superior numbers. Under the only officer of rank left standing (Captain Rasch) they retired to a wood in a nearby brickyard where the 1st formed up once more. The Gordon highlanders arrived under the leadership of Captain Burnett. The two companies formed a single line and advanced to regain their trenches…attack and counter attack ensued…these continual counter tacks gave the impression that the British had plenty of reserves; they had non. By the 31st the Grenadiers (whilst under heavy shellfire) reached some trenches that had been vacated by the 21st Brigade. By the time the 1st reached and occupied these trenches, the strength of the Battalion was scarcely fifty men of all ranks…they had to confront thousands of Germans. By the end of the 31st October the 20th Brigade (of which the 1st were among them) had been reduced to 18 officers and 920 men. Sir John French later described the 31st as, ‘the most critical in the whole battle of Ypres.

Note: I am very much trying to focus on what and where the 1st Battalion was within the bigger picture (the first battle of Ypres and in particular the critical battle of Gheluvelt. I would not claim that my reading and my research are comprehensive and it is not my wish to write a detailed and accurate text herewith…the mapping of battle was chaotic! One interesting fact (I found out at 22.26pm / 31.10.14) is that Hitler was involved in the battle of Gheluvelt (Hitler’s First War, Thomas Weber).

The remnants of the 1st sheltered at Chateau Herenthage, heavy shellfire opened up. An infantry attack by the Germans followed. TA was shot in the face; courageously TA picked the bullet out with his fingers then lost consciousness. TA was left for dead on the battlefield. The German infantry attack collapsed. At some point the corpses of the soldiers were gathered in. We know that TA’s body was put onto a stretcher and taken towards the pile of other cadavers. One observant fellow noticed the slightest twitch of one of TA’s fingers…this was suffice for him to be moved elsewhere. TA next recalled waking up in a hospital bed, in clean white linen sheets (somewhere in Ireland) and later returning to England (The City Hospital, Nottingham) for further treatment and convalesce. TA was discharged on the 14th December 1915 (reason of discharge, wounds). For his services TA received the medals, ‘Pip, Squeak and Wilfred’.

There is further reading to be had on this particular battle; it is on the1st that TA’s involvement with the battle had reached its end. The statistics tell their own story, when the division were withdrawn from the firing line (6th Nov.) it was found that out of 400 officers who set out from England there were only 44 left, out of 12,000 men only 2336. 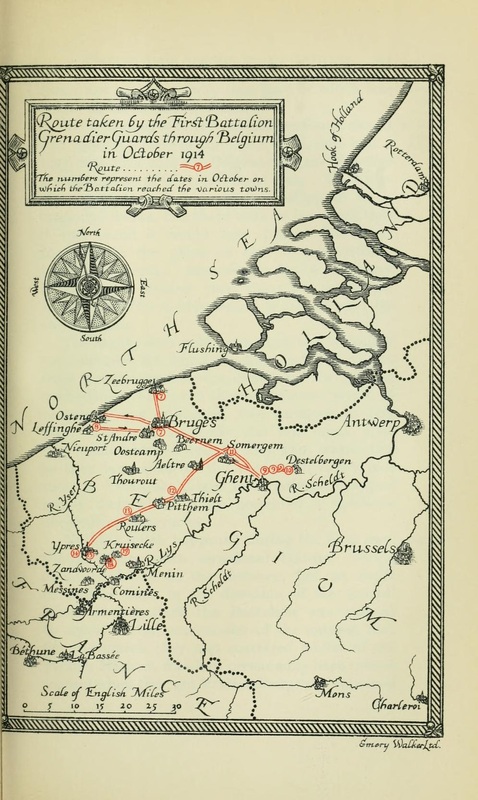 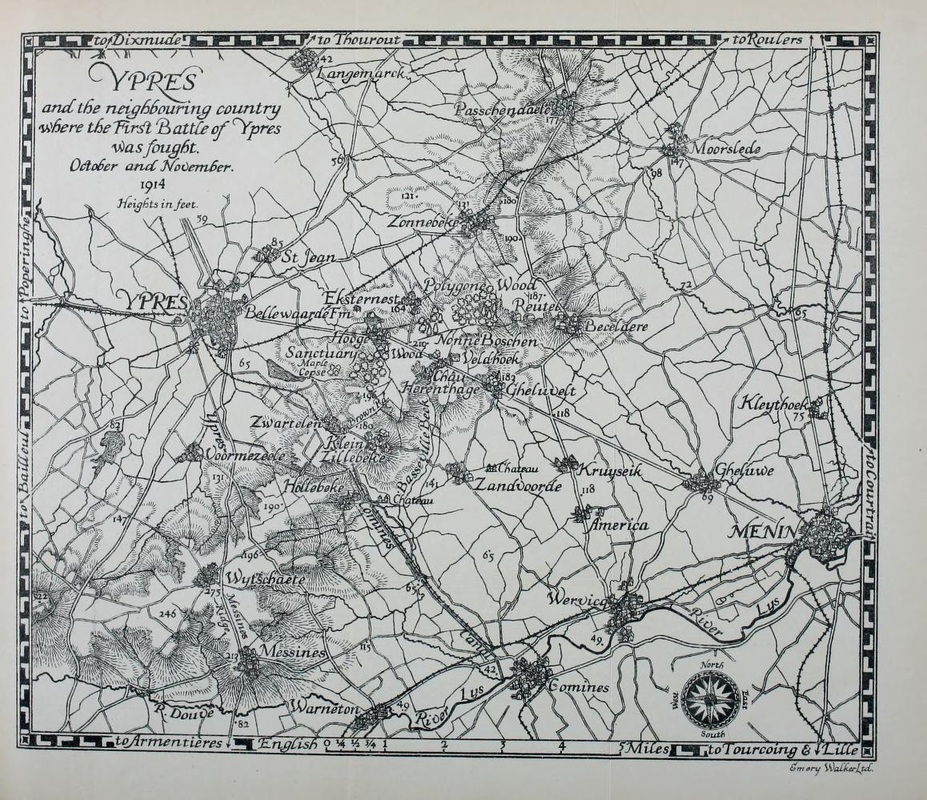 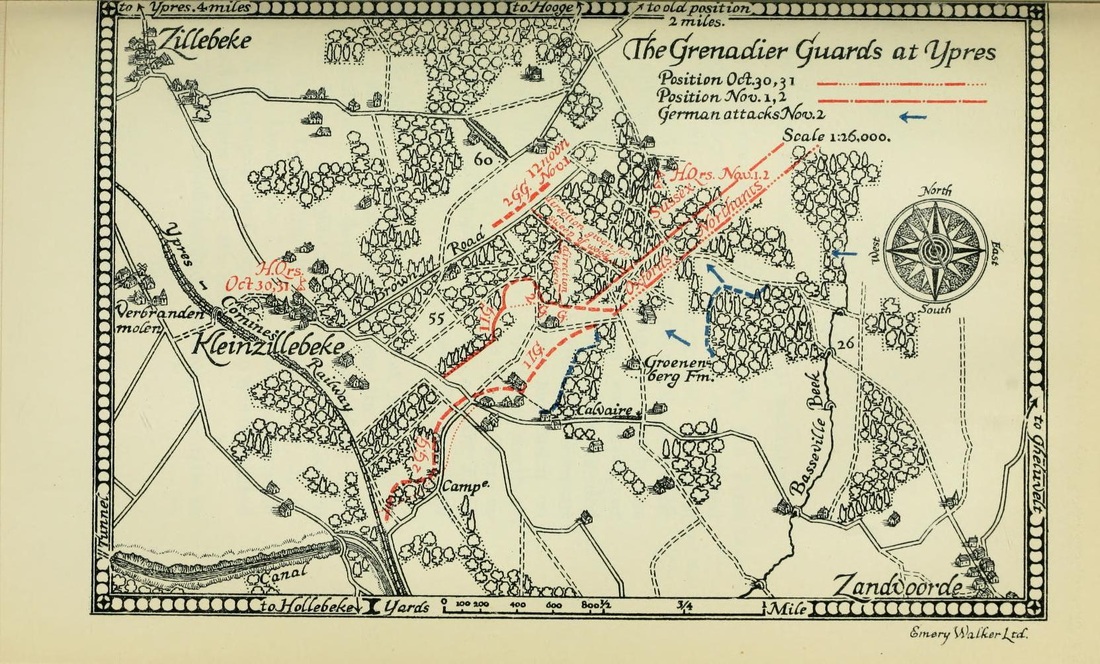