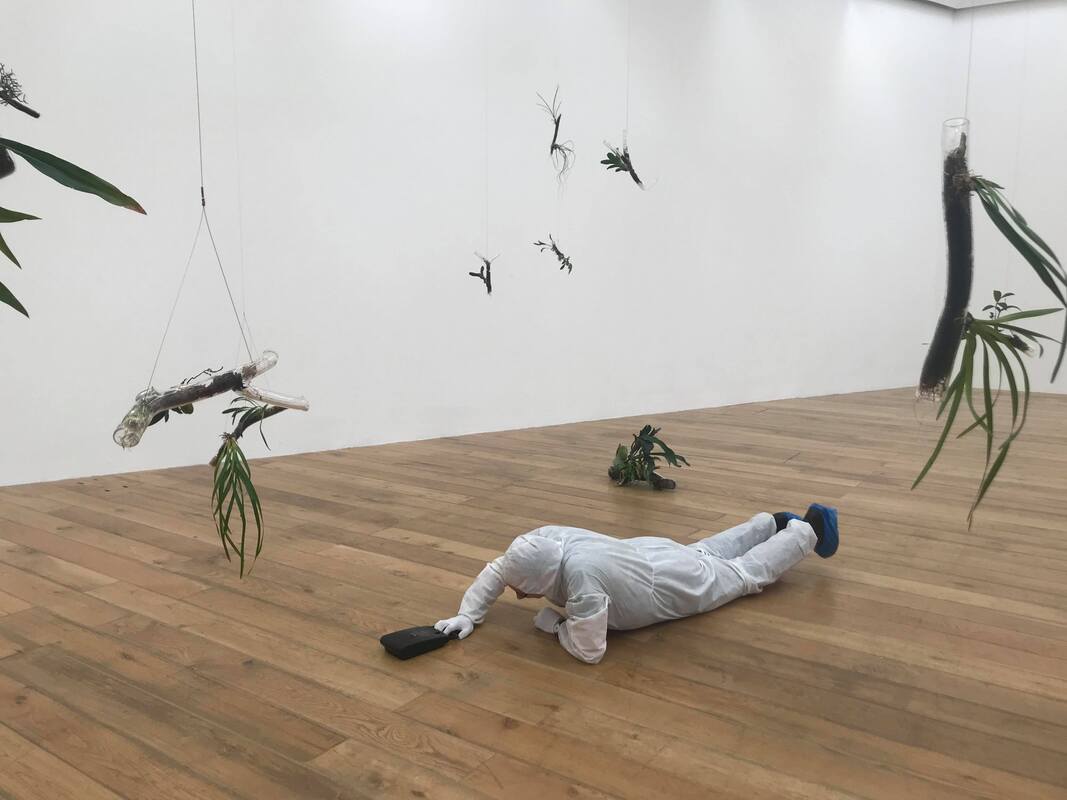 The New Scenery is documentation from my series of spot talks in response to the Daniel Steegmann Mangrane exhibition; The Word for World is Forest. Nottingham Contemporary, February – May 2019 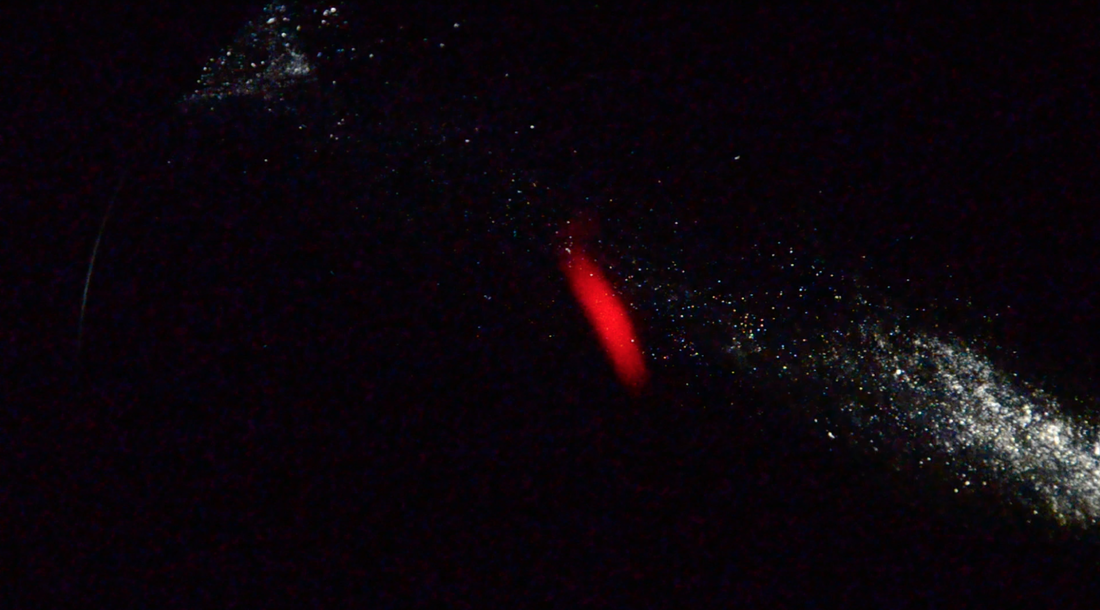 ​
Regarding our presence within the afterglow, are we not mere lumps of energetic matter?

The Last Star is a meditation on the last of everything...it is not a film that seeks to illustrate or to follow scientific principles. As to where the film is stationed, it is to be considered by the judgments of a singular entity that is observing the end. The object is a receiver...for the final vibrations of sound and the finishing of the light.

The Last Star is the lessoning process... en route for a cold universe; the lividity of the Universe becomes pallid, the heat engine begins to crash and transform into an anonymous state...the Universe will no longer be affected by memory...no more an imagined state, there is no beginning, there is no journey, there is no end...now nothing has returned and things are as they had ceased to be.

One property of the laws of thermodynamics is that energy cannot create or be destroyed; only converted from one form to another...and so, with entopic assuredness, at the point of maximum disorder, where what passes shall be a state in which energy is converted no more.

Upon the harvesting of all energy the last star shines to nothing...darkness through which darkness follows...we become full circle...the resurgence of knowing, that nothing exists at the end of time and even nothing is no longer present. No more sadness or loneliness of the human spirit...anxiety diminishes, what we lost we gain...we lost and found naught...equality and balance becomes one...density is no more, everything of equal presence...this is the dark light of the universe.


Notes
​
The Lazy Star /Thanatos (Gk) = Death
For I have not so much created a universe...simply I discovered one...the same, as we exist within...however it has been observed from the other side.

For that which is ancient, my obsidian mirror is of the earth, fashioned by the forces of Vulcan and is one of the profound entrances into the Universe...my mirror is a commitment to integrity...yet how I have used it may well be of detriment to the aforementioned. Is this mere histrionics, and who am I to judge my own inappropriateness as a way of seeking?

Are we all not made of the earth, of stardust? Holding the mirror reminds me of the presence of that into which we are born...it is illusive and tangible. I hold the universe in my hand and I have become a giant once more...I am other and I am one, I hold everything and equally I hold nothing...am I an emissary, an ambassador, a conduit, a messenger?

I am future past, future present and future to which never arrives...

One aspect of the mirror...all is not revealed. 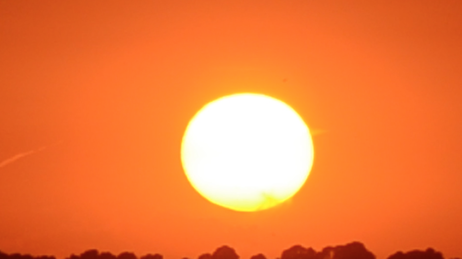 The White Angels House (A Meditation)


The White Angels House is based upon a drawing (produced
in 1993). The mixed media work consisted of three (almost) identical darkroom black and white solarized prints. The images are of a sizeable tree log laid on a woodland footpath...the log
had been placed in position by the artist…I suggest
(by implication) that it could be a 'way marker'…leading toward
or away from somewhere.  The three woodland images are in alignment; above them is an A4 sheet of paper (landscape
format). White oil paint had been applied to the paper and
there are two creases running down though the paper. These
folds echo the two lines created when the three photographic prints have been aligned…is this significant? Whilst the oil paint remained practical a blunt instrument was used to draw into
the paint...a feather and a linear rectangle…and for all intent
​and purpose the rectangle represents a door.

The White Angel’s House is an episodic meditation, a deviation, a distortion; a succession of interrelated perspectives and introspective reconsiderations; an interlinked thesis concerning time, places and events.

There are countless remarkable journeys within the peripheries...sometimes one is caught on a high wire; neither favoring forward or backwards...held in a state of paralysis and paradoxical movement...I know not if I am returning or leaving...the past, the present and the future are all remarkably analogous...the human mind can not maintain this position for very long...

Ascending on some imaginary staircase...am I climbing to catch the sun? As I rise I have choices: whether to retrace my steps down or to continue to climb and leap taking a new trajectory...I climb; a state of kef and intoxication...an altered perspective...the mind is brought into being and by the enacted body...I hook the sun yet it remains out of reach...deluded? I seek further possibilities, destinations...I seek to slip into different realities and gain experiences other than which I was...I wish not to revisit 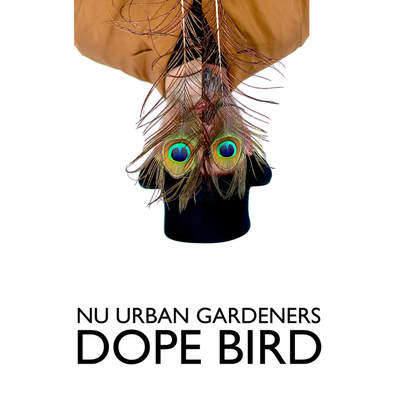 The Nu-Urban Gardeners would like to thank the staff at Newstead Abbey, Newstead Abbey Partnerships and volunteers. Arts Council England 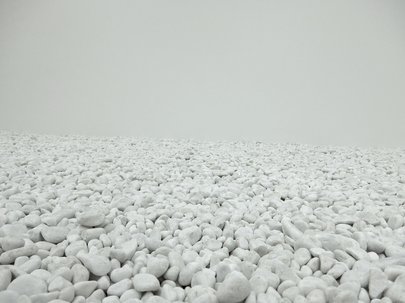 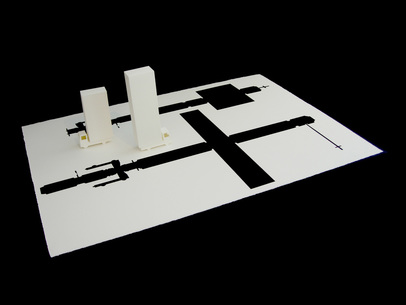 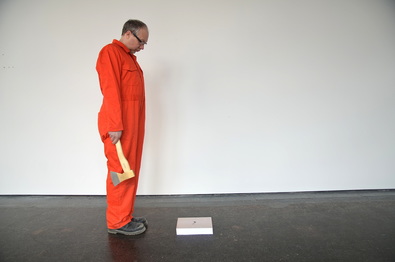 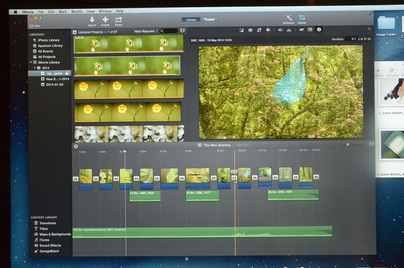 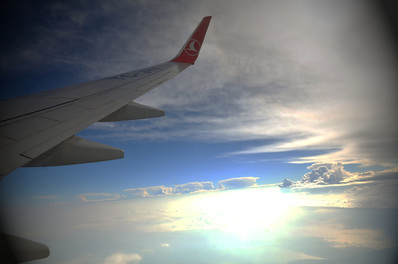 Friday 12th September 2014. Standing upon the settlement of Pergamum. Looking down on the City of Bergama, I am 392 meters above sea level and above the town; the reconstructed temple of Trajan is behind me. The Dhuhr prayer commences after the sun passes its zenith. The sound of the Turkish adhan rises up and fills the sky with a cacophony of sonic prayer.

The Muezzin’s who recite the ezan (Turkey) in this soundtrack were recorded near to both the Blue Mosque and Hagia Sophia and within the ancient Hippodrome in Istanbul. The loud pronouncements of the ezan are amplified through multiple loudspeakers.

The peripheries of things interest me; in the case of this film it is the captured sounds in the background. These streams appear to be misplaced relative to the visual images of clouds at high altitude. It is clear the images are taken out of the window of an aircraft; occasionally the aircraft window (the oculus or the eye) comes into view likewise the wing tip of the airplane.

The camera was hand held and placed close to my chest…I feel the movement of the camera was intrinsic…with my body…my breathing and the beating of the heart.

Stemming from early childhood (into adolescence) the supernatural is something I have a long-held interest with. In my informative years my father purchased (for Christmas) a Waddington’s ‘Ouija’ game…the family sat around the dining table and each placed a finger upon the plastic heart-shaped planchette…did this move involuntary (under guidance from a spirit) from some vestigial dimension? In early adolescence during one summer (in the mid 1970’s) friends and I descended into the local disused railway embankment to riffle among the garbage (the embankment was being filled in with rubbish). We gathered material together…to light a fire and to collect plastic tubs, metal tins and other percussive material to create pounding rhythms on. One find (which I still posses) was a bound copy of the legendary ‘Man Myth & Magic’. This book filled my mind with rich imagery, imagery that continues to resonate with me still.

I have visited the Scala Sancta (Holy Stairs) in Rome and found the act of (ascending the stairs on one’s knees) a profoundly fascinating act of devotion. The actual staircase is a set of 28 white marble steps. Long encased in a protective framework. According to Catholic tradition they are the steps leading up to the praetorium of Pontius Pilot on which Jesus Christ stepped on his way during the Passion. This work picks up on several themes, the act of belief, a climb of ascendency (the work is a metaphor for a mountain) or a climb out of purgatory.
Scala Santa
Digital Video
2014
Location: PRIMARY


It is by faith that reverent kissers journey to the Basilica of St John Lateran in Rome and to ascend the twenty-eight steps of Christ.

It is with faith that some believe these steps are reputed to be the exact same steps in which Jesus descended as he left the judgment hall of Pilate, it has previously been noted that there is no mention of the marble steps in the gospels.

The marble steps we see today have been covered and protected by planks of wood, it is written that these have been replaced at least three times, worn away by the knees of both the committed and the merely curious penitents.

The performance is but a single way…an ascending journey. An observer can view this from both below and above. Upon concluding the ascendance one can descend by one of the two flanking staircases. The observers such as I are requested to remain silent and not to take photographs; these rules are frequently infringed.

In the wood of the bottom, middle and uppermost steps small apertures are inserted; these are covered with an inset of glass through which the marble appears. Many climbers will pause and kiss the glass oculi, in a previous time the marble could be kissed at these points for it is suggested that it is at these spots the savior is reported to have fallen…some say the his master's blood stains remain engrained in the marble also.

There is said to be a common saying that if there is a hell then Rome is built upon it…Popery (through the indulgences of the church and individuals) has fierce critics.

The doctrine of salvation and the motivation of human agency are filed under the principle of self-salvation. One may find that all one’s labours and efforts are in vain, for by the works of the law no man will ever be justified before God. The good life and good works may not incline the promise of an eternal life. The climb therefore may be a climb of hopelessness’ of ones efforts and with that a conviction of self-ruination…with the possibility of self-deception and treachery…Who then has not necessarily fallen farthest from grace, but climbed to such a distant height that one merely reaches a vacuum. 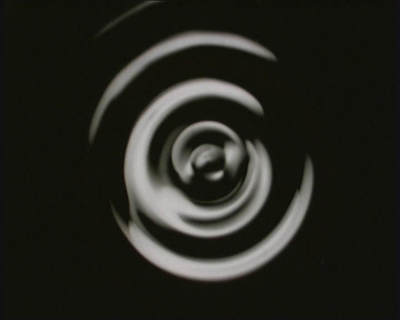