YEAR OF THE ARTIST 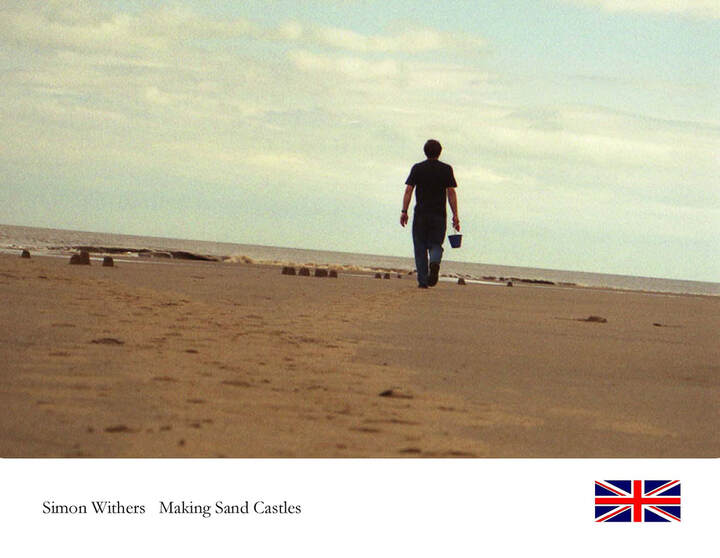 My Sutton on Sea (Lincolnshire East Coast) residency was undertaken from the 13th-27th May 2000. My residency brief was to photograph and to document the beach huts that run along the promenade at Sutton on Sea. I also visited both Mablethorpe and Sandilands.

Photographs were taken of the beach huts in their state of upkeep and decline. I photographed some of the interiors of the huts that had been vandalised; indeed one hut had been blown up only a few days before my visit. As the first week ended and the second week commenced the images that I photographed were taken further and further away from them. I became increasingly interested in the thin strip of land. From the shore line Sutton on Sea is represented by a concrete sea wall and the diminutive huts.

On some of the beach huts I created modest interventions, this involved me making a set of names that I thought were appropriate for a particular hut. These names I placed on to huts that had no name of their own. ‘Peeping Tom’ became such a hut to gain a name and perhaps a reputation. Looking into this violated hut, I observed the remnants of 70’s decor and a rather disturbing child’s drawing of a figure that was affixed to a cupboard door. Other documentary photographs were of time-based work that involved me walking out from a central point on the beach. Using a child’s plastic bucket and spade I began to make sandcastles walking an ever expanding and widening path. I would always return to the starting point. I would repeat the action until the hour had been spent. Other works made included making a sand map of the town and creating several pigment works using both sandcastles and seawater.

I returned to Sutton on Sea in August to present my findings in a beach hut (No.11). The exhibition was held over 7 days and was seen by over 400 people.

Sutton on Sea is a place that I visited regularly with my parents throughout the 1970’s and I returned in 1988 for my final degree show project ‘Furrows’.

A Postcard From Sutton on Sea

As part of the Year of the Artist 8 artists and 8 filmmakers were paired up to make 8 3 minute mini DV’s, I worked with filmmaker Steve Friendship. The idea was drawn from our interest in the picture postcard, from the kitsch, the straight-faced, the wildly exotic and the deadly dull. Sutton on Sea was chosen as the location because of a mutual fascination with marginal seaside towns and my familiarity with the location. The film is composed of five separate scenes, one acting as a background and four others superimposed. These scenes develop as a moving picture postcard through the use of dissolves.


Public History - The history of the town, the floods of 1953, when the sea wall was breached, lives were lost, homes destroyed, livestock floated in the sea, and two Sherman tanks were used to try and plug the gap.

Personal History - Memories of childhood, holidays, postcards, building castles, buckets and spades, windmills, flags, seashells, crabs, starfish, ice cream. A caravan being of such a design that in the floods it floated out to sea.